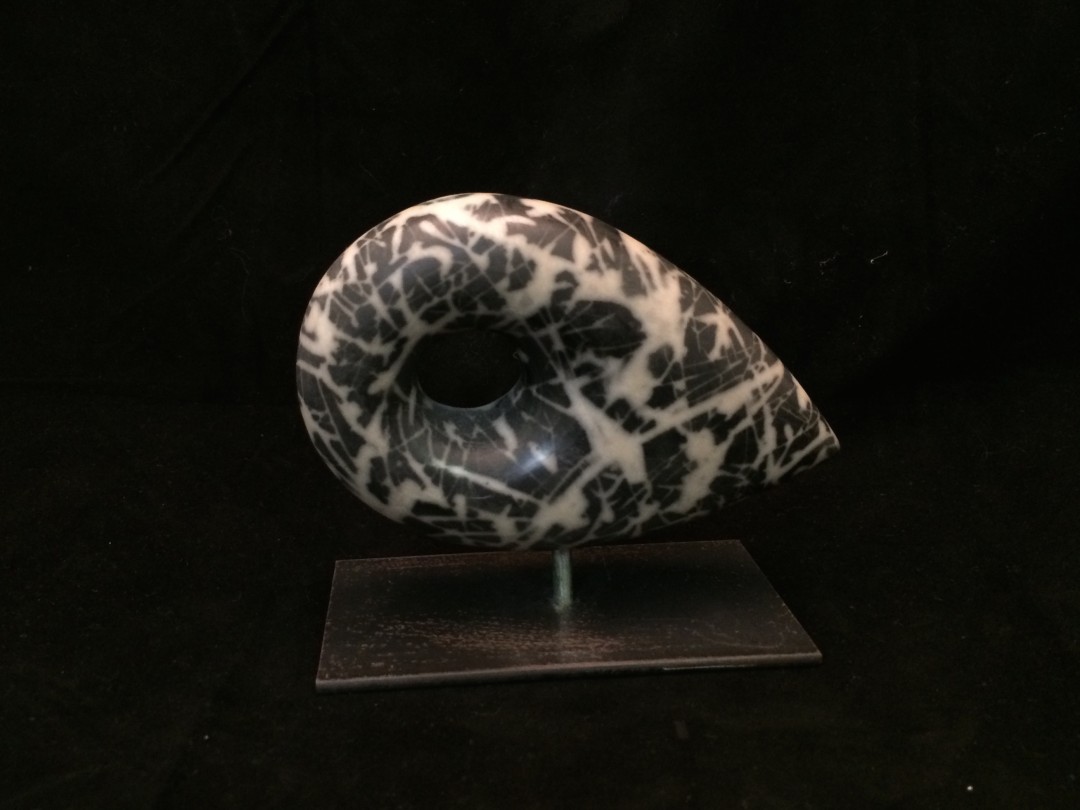 When the time came for another raku workshop, we sought a different approach to the process.  Across the Atlantic Ocean in Belgium, we found Wally Asselberghs.  We were thrilled to be able to offer artists in the midwest the opportunity to learn more about Naked Raku.  The excitement of this workshop increased when Wally asked us if he could bring Sue Morse and her Ferric Chloride Foil fuming techniques.  A dozen participants from Kansas, Missouri, Arkansas, Iowa, Nebraska and Texas enjoyed learning the multiple alternative raku techniques offered at this fabulous workshop.

Wally Asselberghs will journey to Lawrence from Belgium to lead an intense exploration of the theory and practice of “naked raku,” a technique he has specialized in since 1995. Participants will experience this raku-based process which uses sacrificial slip and glaze layers as catalysts to capture patterns and surface textures left behind by smoke and fire.

Wally will present the basic naked raku approach, and also encourage participants to experiment with splashed and diluted glazes for more sophisticated effects.

Joining Wally will be Sue Morse, from Phoenix, AZ, described by Wally as his “partner in Clay, Life and Love.”  Sue will simultaneously be presenting her own personal technique of Ferric Chloride in aluminum foil, which will also enable students to experiment with crossover techniques between Raku techniques.

In Naked Raku, the artist applies slip and glaze to their previously bisque-fired work, then fire in a standard raku kiln.

Works will be reduced in a post-fire smoke chamber and allowed to cool. The cooling slip and glaze crack, allowing smoke to penetrate underneath creating shading, specks, and irregular crack patterns. The egg-shell layer of slip and glaze is peeled and scrubbed off, revealing the smoke effects bonded to the bare clay. This process, different from using a traditional white crackle glaze, yields infinitely more varied results ranging from bold lightning patterns to soft, subtle speckling…often on the same piece.

Wally Asselberghs received his ceramic training during 12 years of night classes at Art Academy in Antwerpen, Belgium, and attending various private workshops in his own country, France and Holland. After his first initiation in “Naked Raku” in 1995, he decided to fully specialise into this technique, and started organising and teaching his own workshops in Belgium as from 1998.
He has been working in clay for more than 35 years, with an original emphasis on stoneware ash glazes and Western Raku.
Since then, photographs of his work and descriptions of his techniques have been published in many books and articles in the USA and Australia and he has taught workshops worldwide. Whilst his original emphasis was on wheel thrown vases and bowls, more recent work is made by combining coiling techniques and assembling plates, pre-formed in concave plaster moulds.
In his organic objects, he strives to find a visual language in which his favourite forms – animal, human body, rocks, marks left by forces of wind and water- are reduced to their utmost essence and purity. Wally is also the creator and moderator of the “International Naked Raku Forum” on the Internet, started on Yahoo 7 years ago, now joined by 1100 members from 33 countries worldwide, freely sharing and exchanging recipes, photographs, experiences and knowledge about this technique.

When I received my first initiation to the process of Naked Raku in 1995, during a workshop on “primitive” firing techniques by Margot Spiegel-Kraemer, it was as if lightning struck me.

This was a crucial moment in my life with clay, which at that point seemed to be blocked in a dead end street. It soon became obvious that this new discovery evolved into a turning point for my ceramic work.

In my organic objects, I try to find a visual language in which my favorite forms – animal, human body, rocks, marks left by forces of wind and water – are reduced to their simplest essence and purity.

On a secondary but equal level, the surface of these forms is treated like a canvas, meandering between white spaces and black marks left by fire and smoke, created by reduction techniques of the naked raku process.

Dancing on the sharp edges of the balance between pure form and shivering surface is a never-ending path of exploration. New approaches never cease to open up into exploring previously undiscovered variations, the birth of some I contribute to very wild but creative thinking of workshop participants.

Most of the forms and canvasses of my sculptural ceramics relate to changes.

“Enceinte” and “Nine and a half months” are both about the last shivering days of pregnancy. “Reported Drifting” was the tale of a ship floating in front of the African coastline, abandoned by captain and crew, heading for an unknown but fearful future.

Some works relate to the moment that water changes into ice, or starts to evaporate into steam. Others try to capture the nanosecond when a plane is shivering between air and soil, or try to evoke the build-up of pressure, that precious moment just before an explosion renders a piece into shattered fragments.

Life has always been about changes. If that is true about life, that is, to me, what my ceramics are about.

As the alchemist in medieval times, I try to manipulate the untamable metamorphosis during the process of firing ceramic materials into another dimension, the ultimate amalgamate of substance and dreams of mankind.