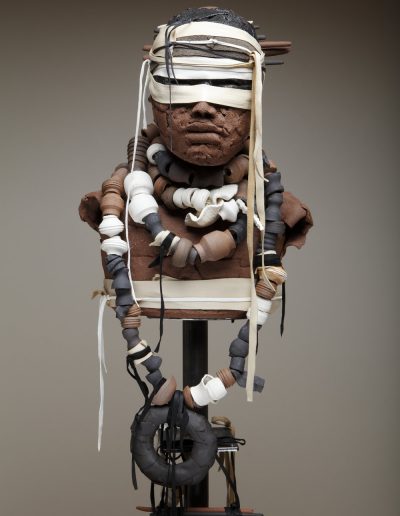 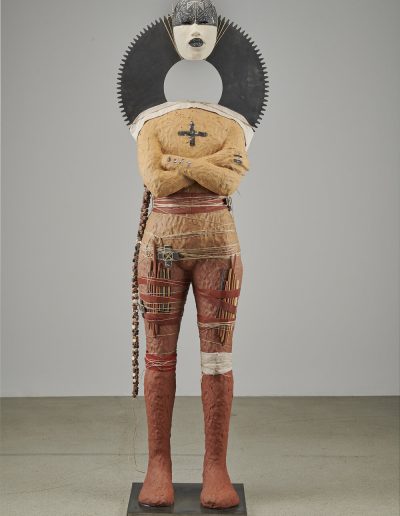 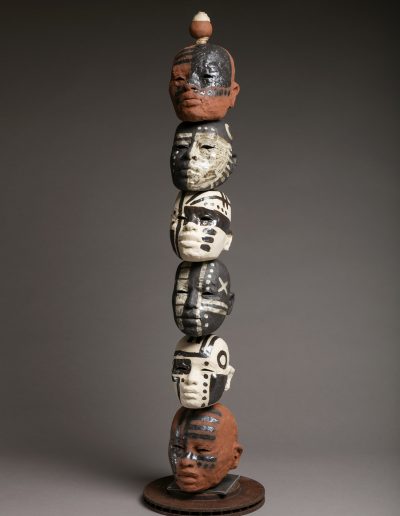 Rose B. Simpson is a mixed-media artist from Santa Clara Pueblo, NM. Her work engages ceramic sculpture, metals, fashion, performance, music, installation, writing, and custom cars. She received an MFA in Ceramics from Rhode Island School of Design in 2011, an MFA in Creative Non-Fiction from the Institute of American Indian Arts in 2018, is collected in museums across the continent, and has exhibited internationally. She lives and works from her home at Santa Clara Pueblo, and hopes to teach her young daughter how to creatively engage the world. Historically, pottery has been a craft past down from generation to generation.  As a second generation ceramic person myself (though on the business side, not the making side), this has always been interesting to me.  I remember first learning about Rose Simpson during my early days on the NCECA board.  As we planned out our 50th anniversary, early discussions included references to the tradition of passing the craft from parent to child (or mentor to mentee).   Rose is the daughter of ceramic sculptor, Roxanne Swentzell, and the two once collaborated for an exhibition titled “Mothers and Daughters: Stories in Clay,” which is now part of the permanent collection at the Heard Museum in Phoenix.   Simpson’s ceramic and mixed-media artwork reflects the influences of her Native American roots in her home state: “My connection to New Mexico is bigger than a choice,” said Simpson. “It’s the center of my world, the center of the earth and where I find my inspiration.” Her work often includes elements of performance, and i included some images i found on her website (photo credits Kate Russell) of a piece titled ‘Maria”.  It features a chevy El Camino detailed to mimic a Maria Martinez vessel.  There are also still shots featuring performers dressed in what i would describe as traditional native american style inspired post-apocalptic warrior wear.  The images alone are highly provocative, and i tingle at the thought of witnessing the entire 4-D experience.  You can learn/read more about this on her website, (link in our bio), you can also learn more about her and her other works.  I remember back to those early days when i first heard about her in my NCECA service, and i wanted to meet her and talk about that shared experience of being second generation clay daughters.  now that I have really delved into her work and learned about her, I feel like i have so much more i want to talk to her about.  From her website bio: “She lives and works from her home at Santa Clara Pueblo, and hopes to teach her young daughter how to creatively engage the world.”  I guess our “third generations” might want to chat too someday.