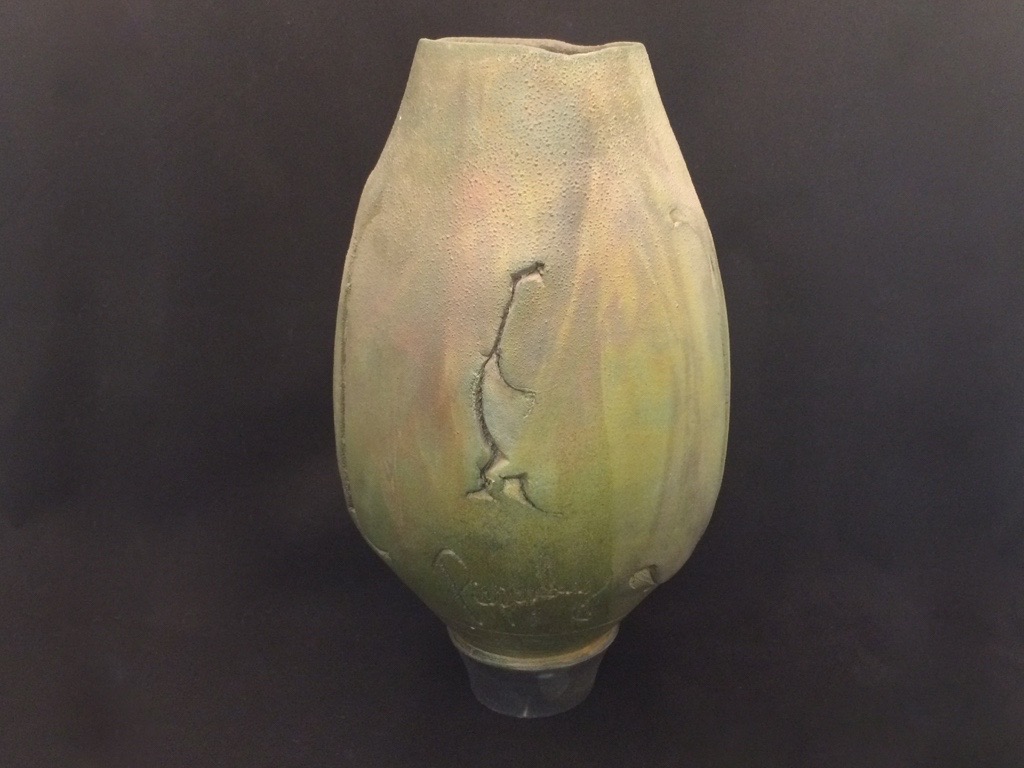 Our Robert Piepenburg workshop remains one of the most diverse two-day experiences we have ever had.   Raku is always a popular topic, so it was no surprise that over 30 people from Kansas, Nebraska, Oklahoma, Arkansas, Missouri, Iowa, and Indiana signed up for this incredible opportunity.  All thoroughly enjoyed the experience and were thrilled with the fired results. In addition to his workshops and his own artwork, Robert is the author of four books, Spirit of Clay, Raku Pottery, Treasures of the Creative Spirit. and The Spirit of Ceramic Design, and a complete 6 part video series.  We look forward to a return appearance by both him and his wife, Gail, who is also a ceramic artist very soon!

Join us for a two day workshop with Robert Piepenburg.  The workshop will begin by loading and lighting a barrel for a smoke firing followed by throwing and handbuilding demos.  Later on the first day, Robert will discuss the history and philosophy behind Raku pottery and demonstrate his Raku techniques.  The second day will be packed with excitement as participants will glaze and raku fire their own work.  Later in the day, we will unload the completed smoke firing.  Before the close of the workshop, Robert Piepenburg will provide a critique of the finished pieces. Robert Piepenburg was born in Detroit, MI and received his Bachelor’s, Master’s degree and MFA degree from Eastern Michigan University. He is the recipient of a National Endowment for the Arts Fellowship, three Michigan Council for the Arts Creative Artists Grants and an Outstanding Teacher of the Year award from Oakland Community College.  His works appear in public and private collections from the Hawaii State Foundation on Culture and the Arts to the Smithsonian Institution in Washington, D.C.

“I now know that clay can be a fertile growing ground of the spirit.
I ‘ve seen this same spiritual birthing scenario occur time and time again with students of mine who were new to clay. What I didn’t know then, but have come to know now, is that you don’t actually find your self with clay…you make yourself with clay.”

We are thrilled to be able to include this recent Robert Piepenburg vessel, available until the exhibition closes March 26th, 2016: You can learn more about Robert Piepenburg on his website