“I hope that artists and the community can look at my work and smile. I want to remind them that we are in this together.” 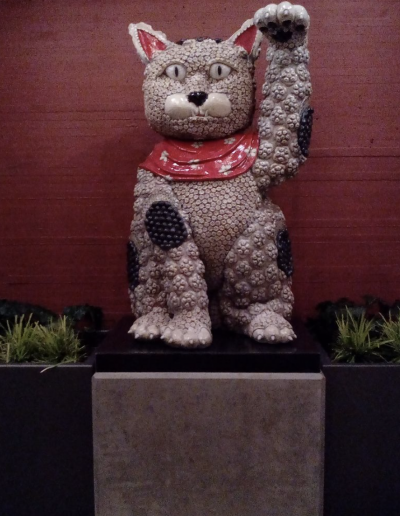 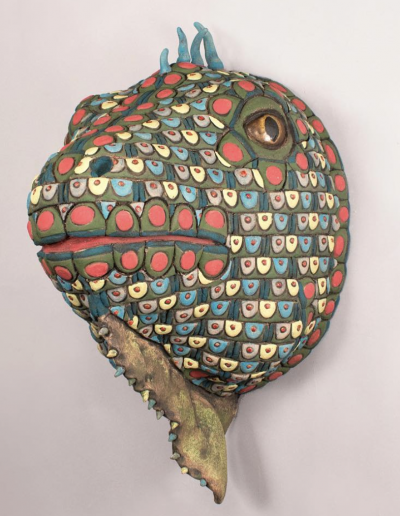 “Through the creation of guardian figures, tomb sculptures, and shrines, I depict my community current and forthcoming. I hope to bring these objects—ancient relics that transcend time—into the present. They carry hope and loss, acceptance and challenge, ornament and simplicity.” Originally from El Paso, Texas, George Rodriguez is a Mexican American artist who is making big and bold statements through his incredible work that has garnered him amazing success. As a recipient of the Patti Warashina Luminary Award from the Museum of Northwestern Art in 2017, Rodriguez has been recognized as a NCECA Emerging Artist in 2019 and his work can be found in esteemed museums including the National Mexican Museum of Art in Chicago and the Hallie Ford Museum in Salem, Oregon. By blending culture and identity with inspiration from his many worldly travels, Rodriguez’s larger than life sculptures and incredibly detailed pieces show his passion for decorative ceramic sculpture and the experience it provides to the viewer. Rodriguez said, “I love decoration! I enjoy how heavy decoration can seem parasitic, yet it beckons to be adored and looked at. Decoration adds a layer of stimulation to an object. It’s intended to give pleasure. The more intently you look, the more rewarding it will be.” Rodriguez explained that he, “accidentally stepped into ceramics as an undergrad and fell in love the moment the clay stole my fingers’ impression. This material was responsive and challenging and beautiful”. The journey towards the intricate figures he is now know for, is the culmination of many inspirations; “I first started by making self-portraits and autobiographical work. I later found inspiration in my community and culture as a Mexican/American. Then after experiencing wide travel, I found inspiration in global cultures and rituals.” Rodrigues received the Bonderman Travel Fellowship from the University of Washington in 2010 and said he, “ended up going to 26 countries in 10.5 months. This experience has profoundly changed the way I view the world and my place within a global community. The experience of cross-cultural connections has had the largest effect on my work”. The Foster White Gallery where Rodriguez is currently represented described his process of addressing, “sensitive sociopolitical issues through his highly ornamented figurative ceramic sculptures with a tongue in cheek ease that is evident in the sense of warmth his works convey. Themes of culture and identity recur throughout his sculpture, celebrating the unique attributes of diverse cultures as well as the similarities that unite us all”. The intricacy of his work is the perfect visual metaphor to depict the intricacy and interconnectedness of the diverse cultures and identities that inspire him to create. When speaking about his recent projects, Rodriguez explained that he is currently, “orchestrating a 13-person collaboration based on a reimagining of the Chinese zodiac into a Mexican Zodiac” that is scheduled to premiere on June 19th at the Whatcom Museum of Art in Bellingham, Washington. When speaking about the project, Rodriguez said it, “has been a joy to put together and an even greater joy to work with 12 talented artists of all disciplines. Each artist is working on the animal that correlates to their year of birth”. 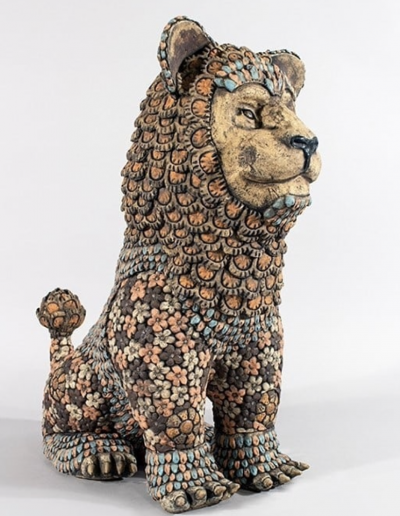 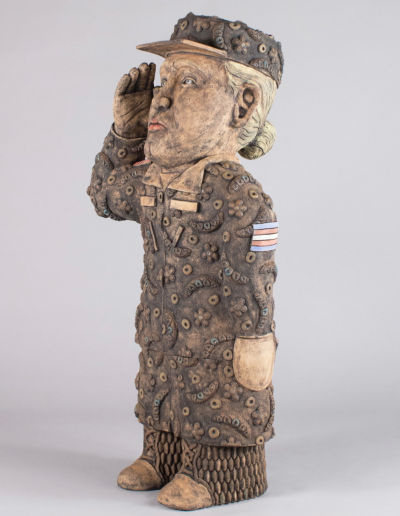 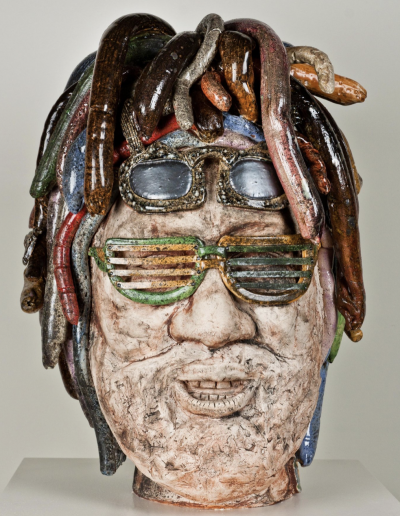 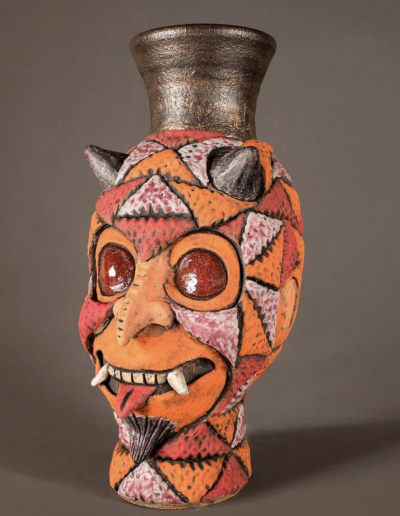 Community and collaboration have always been factors that Rodriguez believes are important, and they have played a large role in his ceramics journey. When speaking about his mentors, Rodriguez said, “My broad community inspires me to grow as an artist. I’ve been fortunate enough to pursue the arts because I have had the unflinching support of my family, guidance and mentorship from amazing teachers (including Vince Burke, Akio Takamori, Jamie Walker, Doug Jeck, and John Arnold Taylor), friends that challenge and provide a sounding board, students that inspire and frustrate me, and a partner that exudes creativity and love”. With a large group of support behind him, a diverse group of mentors, and the experiences from his international travels, it’s no wonder than Rodriguez finds inspiration in the cultures, personalities, and identities that surround him. However, it is the beauty, skill, and talent with which he weaves his many different inspirations that creates work that is not only magnificent, but incomparable. The Foster White Gallery describes the power his pieces hold, describing that they, “eloquently communicate the emotions they embody, figures spanning a wide range of forms and personalities. Aspects of certain forms echo elements of African, Italian, and South American ceramic traditions, yet the resulting pieces are dynamically modern”. Despite his incredible success, Rodriguez noted that he has had his own challenging obstacles but has always been able to rely on those around him when facing them; “I get rejection letters, I break ceramics sculptures, my body will not tolerate the abuse I gave it when I was younger, yet I feel blessed. I have a wonderful support network that has helped me during times of doubt and hardship”. Rodriquez also doesn’t let those obstacles stop him from his constant strive to artistically embody his inspirations and to become excited by new challenges. When asked if he had a favorite piece of contribution to the ceramics world, Rodriguez said, “Favorite is hard to come by. I get excited in cycles. Sometimes I look back at the work I made as a student and think, that was brave and how do I embody that again. Other times I think, ‘I’m glad I’ve resoled those issues’. My work is leaning toward more collaboration and community engagement. My favorite thing is yet to come”. Rodriguez hopes to convey the same sense of community that he cherishes through his work to others; “I hope that artists and the community can look at my work and smile. I want to remind them that we are in this together”. Rodriquez has built a supportive network that has always pushed him to create art that sparked his own passions and allowed his artistic voice to thrive, and he encourages emerging artist to do the same; “Make art that moves you and make it honestly. Build a support network of artists, curators, patrons, people. We help each other and there is enough for everyone”. With diverse inspirations, Rodriguez has found a brilliant way to bring and interlock a plethora of cultures and stories to viewers through his incredible pieces. George Rodriguez has found the unique way that community building and collaboration can change one’s viewpoints and has used it to fuel his passions to create pieces that masterfully convey stories and inspirations that are even bigger than the sculptures themselves. “Make art that moves you and make it honestly.  Build a support network of artists, curators, patrons, people.  We help each other and there is enough for everyone.”

Consider those in your own network – how do they help you find your inspirations and make work “honestly”?  What are the values and messages you hope to express through your work and how do you maintain the integrity of them?