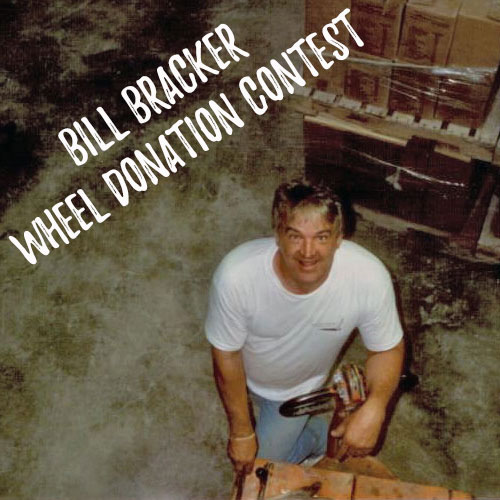 William “Bill” Bracker – the founding father of this business as well as the actual founding father to his daughters Cindy and Anne M – was born on December 1st, 1940 and passed away in 1993. Bill’s wife Anne W and his daughters Cindy and Anne M honor his memory and the impact he had on the ceramics community. Since December 1st of 1995, they have donated a pottery wheel to a variety of schools, arts centers, institutions, and universities.  Each of these locations have been selected as a Bracker Wheel Donation recipient because of a special connection to Bill or to Bracker’s as a business such as

Last year they moved beyond these ties.  Kayla Hinton and her art students at Savannah High School in Savannah, MO won the contest with a fun video letting the Brackers know how they’d use and enjoy the wheel if they were the recipients.

Once again the Bracker women are inviting programs to make their case to be the recipient of the Bill Bracker Memorial Wheel. Simply fill out the form below and submit it now.